Theatre at work - A short history of theatre-based simulation for business training.

The power of experiential learning has long been recognised. Aristotle (384-322 B.C.) championed the value of this form of learning by saying "What we have to learn to do, we learn by doing". The Romans capitalised on the value of war game simulations, exploring campaign scenario's with real troops in advance of the battle itself. Centuries later, as our globalised economy increasing requires highly developed interpersonal skills, simulation and experiential learning is still the most effective way to reflect on, develop and refine skills in the complex arena of human interaction. As actors are able to generate credible behaviours on demand, it follows that educationalists sought to draw on these skills for simulations.

Actor role-play is a hybrid form with theatrical, therapeutic and pedagogical roots. Work-focused peer role-play derives from both the therapeutic work of Jacob Moreno and the case-study approach to learning developed at Harvard and published in the 1950’s. Moreno developed his methodology of Psychodrama as a form of dramatised therapy using role-play whereby personal narratives could be rewritten through dramatising troublesome personal events and exploring alternative approaches. Case studies provide a setting where theory must negotiate the power dynamics, personalities and time pressures of a specific context. Moreno’s role-playing technique was adapted and combined with the Harvard case study approach to produce the peer role-playing technique suitable for work based training. It was in the early 1960's that actors began to be used for work-based role-play. In 1962 Howard Barrows introduced simulated patients for medical communication skills development at McMaster University in Ontario. He published his work in 1971, and the technique has been widely disseminated and developed further since then. Actor-based role-play also shares common ground with Teacher-in-Role, a teaching methodology tool where the teacher performs a role-play for pupils in order to achieve learning objectives. To the threads of therapy and pedagogy, actor-based role-play of course also draws upon acting skills. These specialist acting skills are adapted and applied in specific ways to support work-based learning. The use of actors in business exploded in the 1980's and has continued to grow since then.

Today businesses around the globe use the technique and role-play work provides a significant income stream for many actors, enabling them to continue to thrive in their creative careers. This widespread use has brought many benefits, but also comes at a cost. Perhaps the use of actors in training is a victim of its own success. No learning technique is intrinsically effective - I'm sure we've all attended lectures that are inspiring but also others that send us to sleep. The same is true for the use of acting. Its effective use draws on a constellation of skills which some practitioners possess in abundance whilst others see this use of their acting skills as 'slumming it' and do not give the form of learning the respect it deserves. Sadly, poor experiences with low quality providers mean that some employees talk in negative terms about role-play. The good news is that these negative experiences are counter-balenced by employees who passionately report of the powerful learning experiences from working with actors who are masters of this learning form. At its best, the use of skilled actors who also posses the skills to give insightful feedback, can facilitate powerful and transformative learning experiences.

Humbug! An enchanting new twist on the classic Christmas tale.

Play on Shakespeare at The Barbican

How many times have you been enthralled by a good story?

Conference delegates look in the mirror...

The Act of Dialogue

The Act of Leadership

Theatre at work - A short history of theatre-based simulation for business training.

"I challenge even the Scroogiest amongst you not to love it"

Burn the Curtain at Powderham Castle

3 times a charm! The return of Humbug! 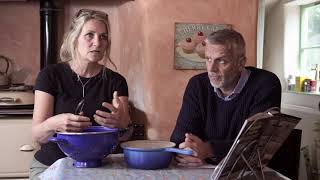 2 Minute Farmer: New episodes of Dave and Sarah and their farming challenges